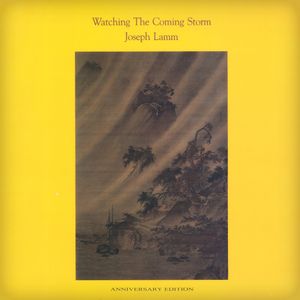 While at university, my friend Geoffrey Walker and I would huddle around our prized portable cassette recorder ( with its built-in microphone) for hours on end and create music. Before long I had convinced my dad to help me acquire a TEAC 144 Portastudio (which was the latest adventure in cassette recording technology), and from there we were smitten. I dug progressive music from artists like Yes and Mike Oldfield, Geoff was crazy about singer-songwriters like Dan Fogelberg, and we both loved the Beatles. Geoff could play “Classical Gas” and “Mood for a Day”, and he was much more of a musician than I thought I could ever be.
They were glorious days.
Our mutual friend and fellow musician Steve Keller heard some of these private recordings and he introduced me to Steve Millikan, who had been a writer, keyboardist and vocalist in the pop band Selah, and had been producing for new artists at the time. Rod Robison was also a writer for Selah and its lead singer, and he graciously added his talents as well.
A year and some months later this album was completed.
Geoffrey has become an accomplished multi-instrumentalist and continues to write and perform; Steve Keller made several successful records as a solo artist and now writes, produces and lectures the world over as CEO of his Nashville based iV Group; Steve Millikan has earned gold and platinum album awards and Dove and Grammy nominations for his work as a producer and writer; and Rod travels the United States as an illusionist while also being heavily involved as a vice-president with Family Life Radio Network. Best of all, we are all still friends.
These are glorious days.


Watching the Coming Storm was released the fall of 1984 in the US and the following spring in Australia and New Zealand.
This Anniversary Edition has been remastered and expanded, with newly recorded music grafted onto the original tracks. These parts were always intended by me to be on the album, but we (producer Steve Millikan and myself) were limited by time constraints and the technology of the day. The new sessions were done with the Music Hypnotica team of Elliott Lamm, David Price and myself. This Anniversary Edition reissue provides the opportunity to bring to fruition those original ideas.
ORIGINAL ALBUM

WATCHING THE COMING STORM anniversary edition will be released 8 July exclusively on josephlamm.com on Jefferson House Communique, followed by an expanded release on 31 August. The digital version will be available at all major online retailers and the CD version through cdBaby, amazon and josephlamm.com. The CD will be a limited hand numbered and signed digipack that includes the original inner sleeve artwork by American artist/designer Robert Blass.